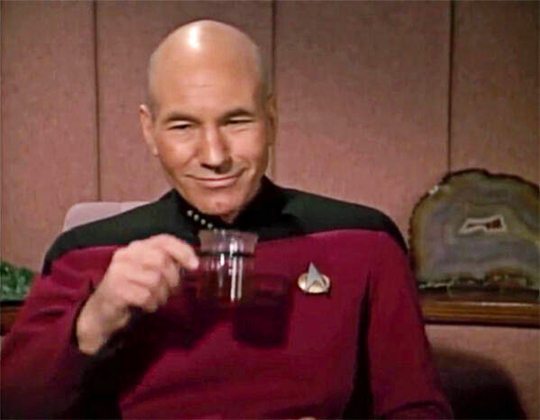 3 Products that Prove the Sci-fi Future is Reality

It’s CES in Vegas, and while the Big Guys like Sony, Samsung, LG or Intel fight over the biggest and smartest TV or the Connected Car, other companies in their shadow turn Science Fiction into reality.
Check out these 2014 concepts that will look very familiar from famous Sci-Fi movies like Star Trek or Predator!

THE STAR TREK FOOD REPLICATOR
MOM, PRINT ME A MEAT LOAF!
Dreams of this technology exist since Captain Picard’s extensive use of the food replicator for his daily Earl Grey Tea.
Although the mechanics of the device was never clearly explained on Star Trek, someone has now figured it out!”Earl Grey. Hot. Make it so.”

3D Systems, one of the leaders in the fast-growing 3D printing space, just introduced the world’s first food-safe 3D printer. The ChefJet Pro™ is capable of making chocolate and sugar-based candy shaped in ways that would be nearly impossible to produce using traditional methods. 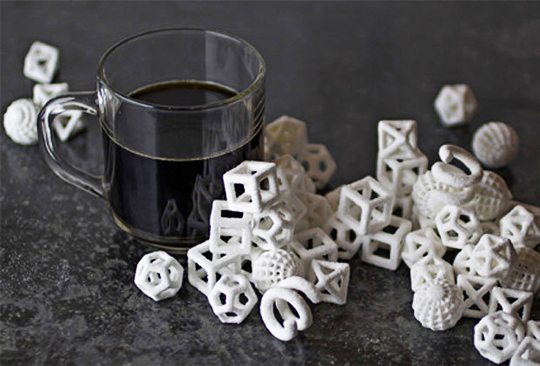 It uses inkjet technology with liquid sugar and water that quickly hardens. Layer by layer, you can watch beautiful sugary shapes emerge right before your eyes.

This technology is ready to disrupt the food industry and will initially be geared towards bakeries and food professionals. It comes equipped with a digital cookbook, recipes, including chocolate, vanilla, mint, sour apple, cherry and watermelon, all of which can be printed in full-color.

THE STAR TREK TRICORDER
LIVE LONG AND PROSPER
In 2012, the Qualcomm Tricorder XPRIZE ($10M) was initiated as a global competition to develop the one device that is showcased in every Star Trek series, yet hasn’t made the transition from fantasy to reality – the medical tricorder.
This year, it can come true!

The Scanadu Scout™ is a wireless medical diagnostic kit packed with sensors, similar to Bones’ Star Trek tricorder. It enables anyone to instantly conduct sophisticated physical exams — from heart rate to blood pressure.

The scanned data of the sensors will be triangulated and wirelessly displayed in the app on your smartphone. All that just by placing the scanner on your forehead, just like Dr. McCoy used to do in 1966.

THE PREDATOR THERMAL VISION
FEAR IN THE DARK NO MORE
If you, like Schwarzenegger in 1987, find yourself hunted by extra-terrestrial warriors, this thing could come in pretty handy.
Flir, based in Oregon, adapts US military thermal imaging tech and put it into an iPhone 5 case for everybody.

The Flir One® produces a thermal image of anything in front of it — even in complete darkness or with obstructed views.  It promises to “See the Heat” by producing precise images in a psychedelic mix of yellows and pinks. The warmer the color, the warmer the object. Flir One can also measure the exact temperature of the object in focus.

Finally, there is a personal thermal imaging device you can use for security, home repairs, outdoor activities, and more. We bet Arnie already has one!
In our humble opinion, these are the coolest innovations coming out out of CES 2014.
Thanks to the imagination of countless Sci Fi geeks, this trade show will always be the Highlight of the Year in the electronics industry.
And once again, the power of storytelling is the power that moves people.