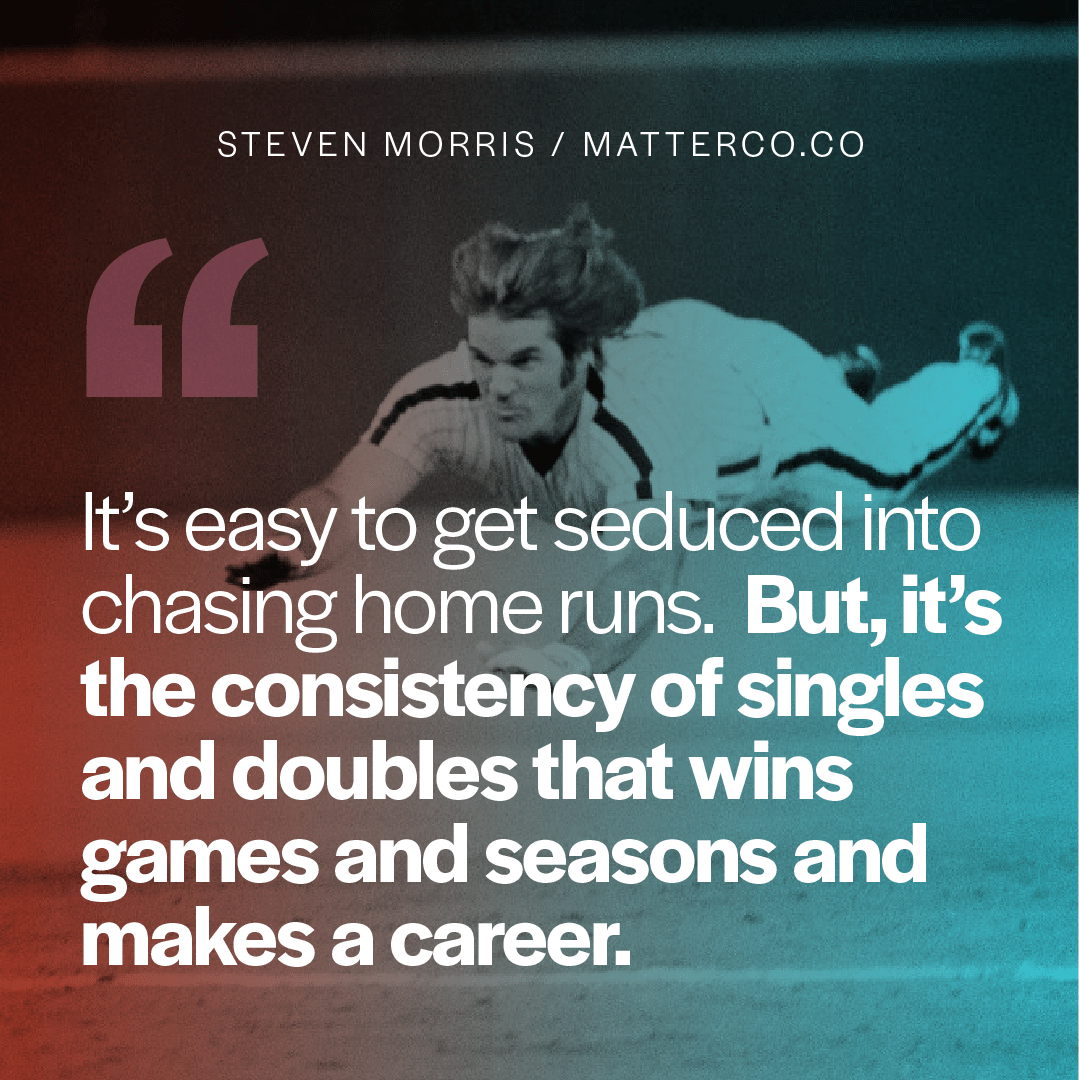 Years ago I had the honor to work with the baseball legend Pete Rose. He was part of an investment team for a product that I was helping to build and launch into the market.

During our work together, I had the opportunity to have a few conversations with Pete about his life, career, and baseball philosophy.

As we shared a meal, I remember him telling me “Most of my career in baseball—especially hitting—I tried to focus on a few small things.” I leaned in and he continued, “there’s too much glory in hitting home runs. They’re overrated. I made a career out of getting on base; hitting singles and doubles. Add that up over time—showing up, working hard, day-in, and day-out for years—it makes a decent career.”

Say what you will about Pete, but I’ve been a long-time fan. As a kid, I cheered for the Cincinnati Reds of the 70s (The Big Red Machine) and I grew up not far from Philadelphia, the home of the Phillies, where Pete played for several years. For those who might not know about Pete Rose (aka “Charlie Hustle“), he has a long list of MLB records including most career hits, singles, games played, and at-bats. And, his team won the World Series three times, he was a 17-time All-Star, was a 3-time National League Batting Champion, and won the Gold Glove award twice. Not a bad career, at all.

Showing up every day to give it his all was part of Pete’s trademark brand.

I recently received an email from a business colleague that thanked me for the “singles and doubles” advice I shared with him years ago. My colleague imparted the same advice to one of his clients while they were thinking through a big business decision. It was a game-changer for them.

Lots of companies are focused on hitting home runs—the long-shot, the big win, the glamor, the glory of the big exit, or a unicorn company. The unhealthy start-up business mindset is built on the seduction of home run ball. It rarely works.

Conversely, much of doing good business is showing up every day to give it your all—to apply your passion, persistence, and skills to their highest benefit.

The winning strategy of getting on base was well documented in the book and movie Money Ball written by Michael Lewis (who also does a great podcast called Against the Rules). So much of the results that are lauded in business really boils down to focused-effort, persistence, and determination, day-in and day-out.

It’s easy to get seduced into chasing home runs. The media glorifies them. But, it is the consistency of getting on base with singles and doubles that wins games and seasons and makes a career.

The small things matter. Consistency matters. They add up over time to make your business and your life thrive—and sometimes they end up breaking records. 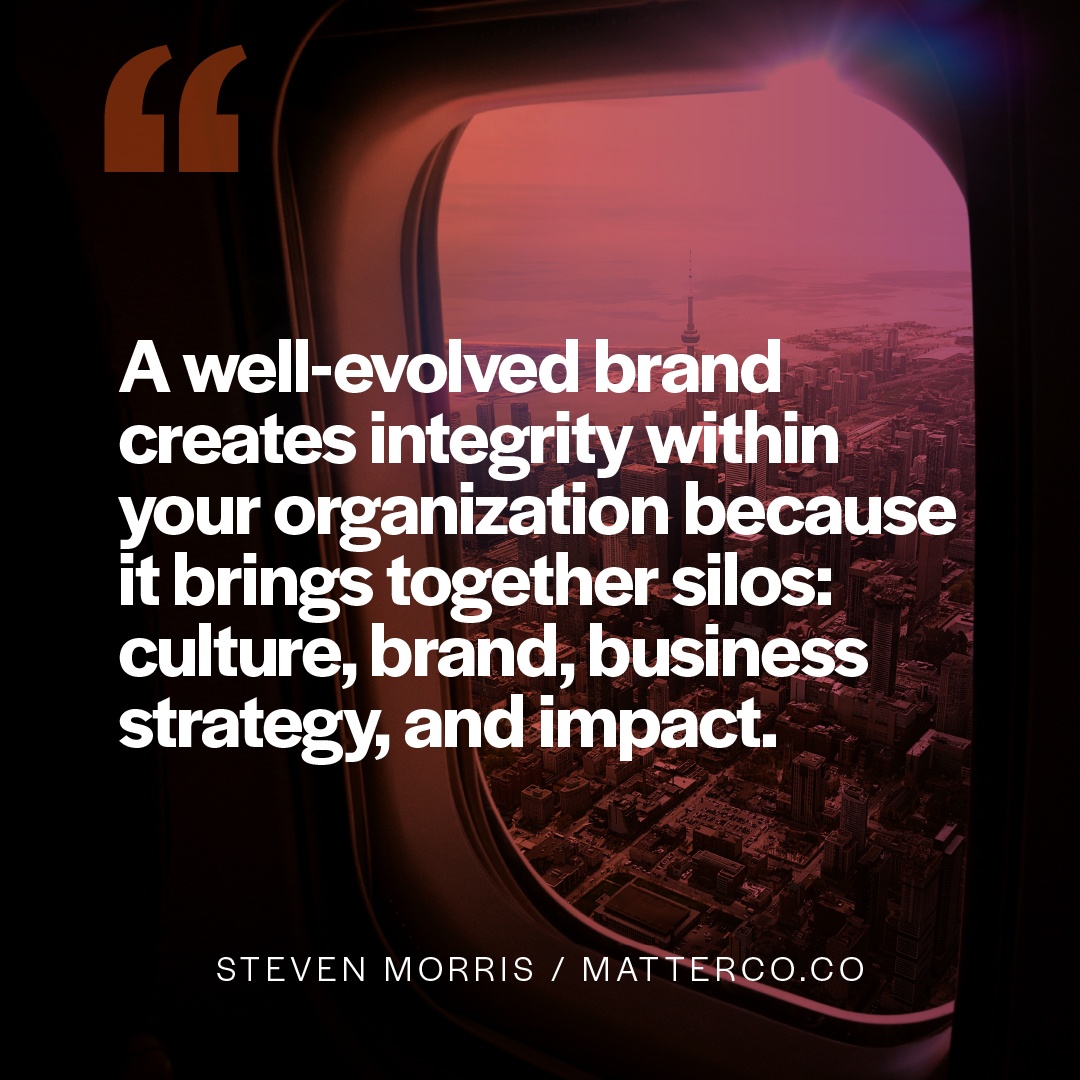 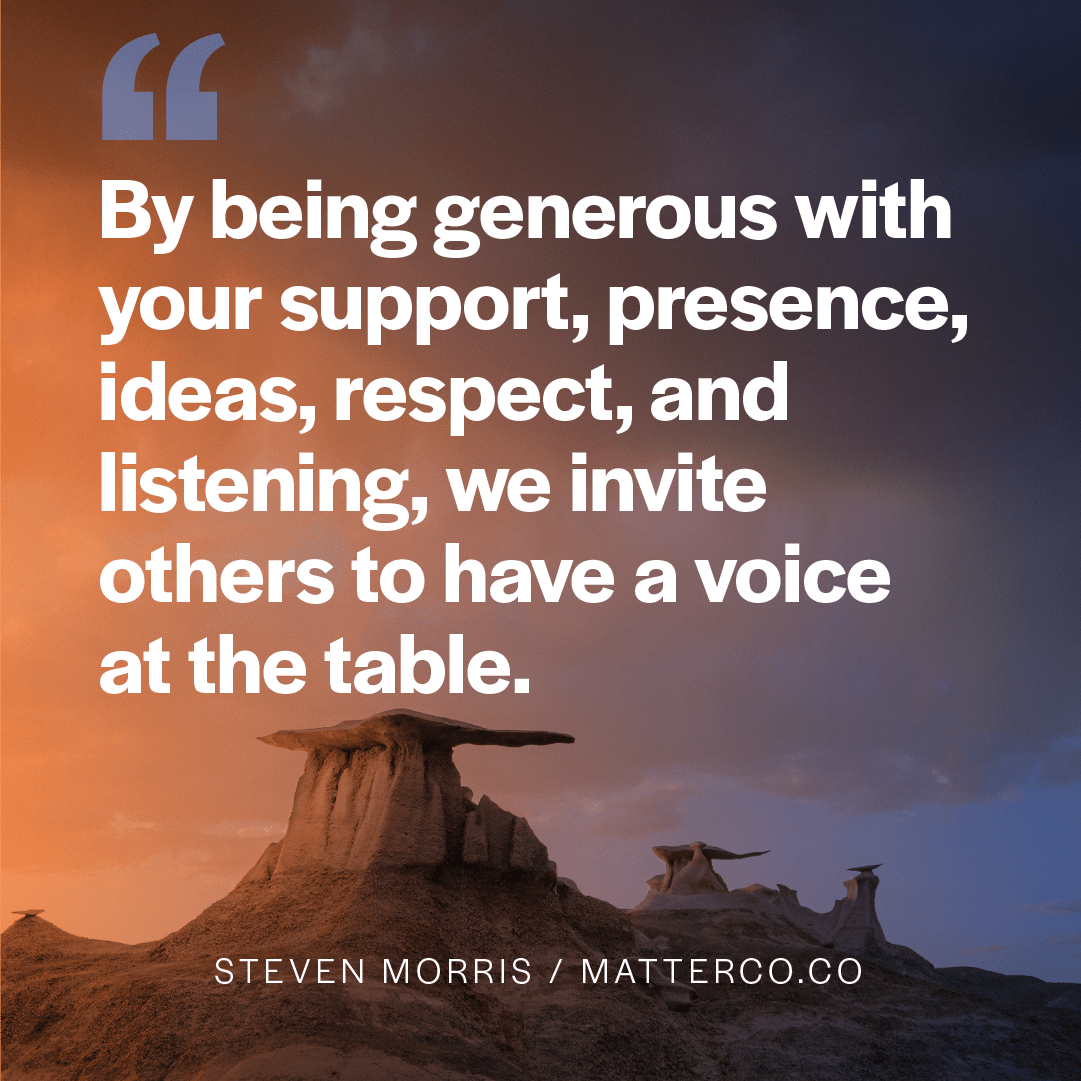 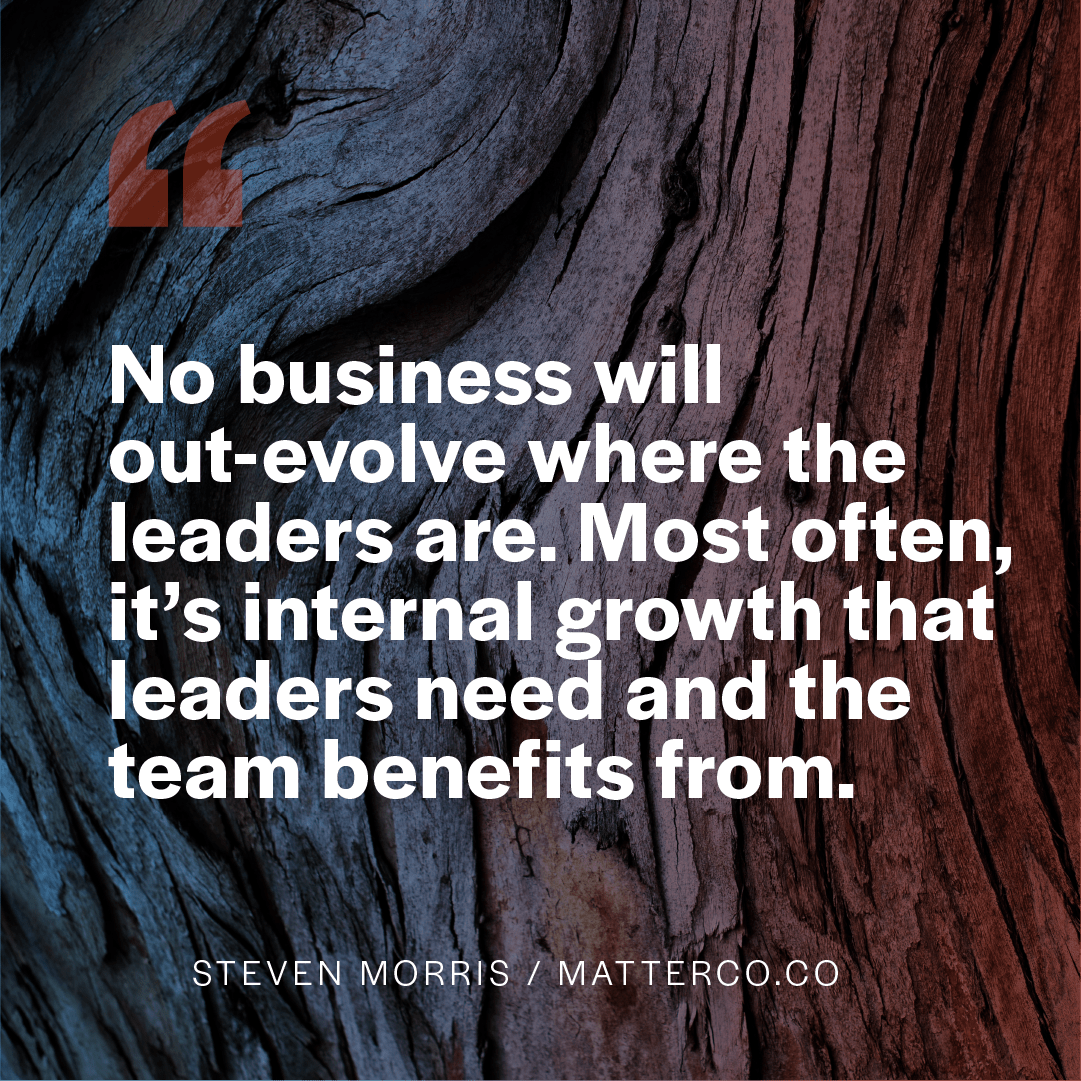