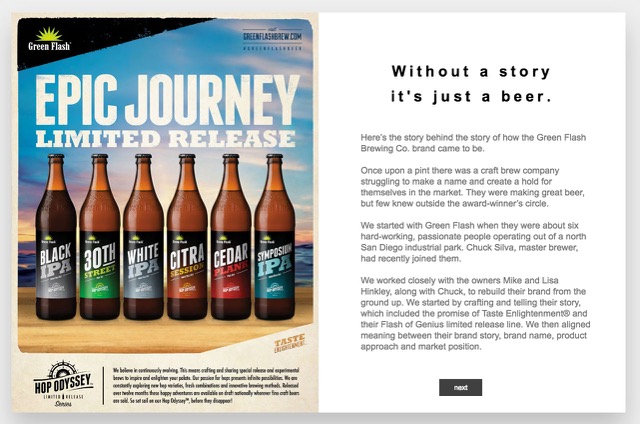 Turns Out, You Can Judge a Beer by Its Package

A Nielsen study finds that most consumers buy based on packaging.
The shelves stocked with craft beer are getting more and more crowded with 1,800 new craft beer product launches last year, making the brand presentation, packaging and labeling one of the primary purchase influencers for craft beer consumers, according to Nielsen. 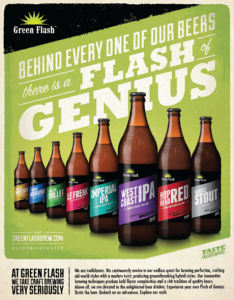 The wealth of choices has led to 66% of American craft beer consumers saying that they are either “very” or “extremely” likely to buy craft beer based on its packaging or label, according to Nielsen’s Craft Beer Category Design Audit.
Buying what catches the eye
The Nielsen audit also demonstrated that 71% of craft beer buyers said that they prefer to try new brands with eye-catching packaging, and women are more likely to be influenced by packaging design than men (75% vs. 66%).
More than two-thirds (70%) of craft beer buyers make their purchasing decisions at the shelf rather than in advance, underscoring the importance of having visually appealing packaging to capture a consumer’s attention.
“The folks at Mth Degree were able to honor our tradition and established look, providing us with a cohesive and exciting packaging system that jumps off the shelf, speaks to customers, and is, quite frankly, world class.” —Mike Hess, Mike Hess Brewing, quoted at Brewbound.com 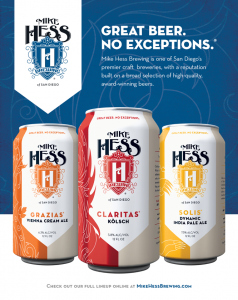 Branding that stands out visually
Considering the packaging features evaluated (including logo, brand name, bottle shape, and label color scheme) the beer carrier design ranked as having the strongest on-shelf impression. 43% of consumers said that the box, or the actual package design, is a feature they notice first when shopping for craft beer.
Coming in at a close second was information about where the beer was produced with 43% of customers saying it sways their purchase decision; bottle color scored the lowest at 22%.
Nielsen also found that consumers tend to engage most with illustrations, textural elements, logos and unusual package carrier graphics than copy or label claims. Bucking traditional craft brewing look and feel, brands that did not feature hops imagery on its packaging were found to be more striking to consumers. 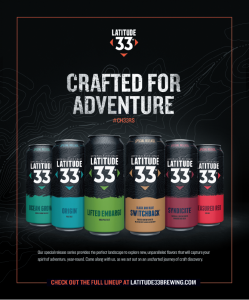 Similarly, and possibly surprisingly, heritage and brewing claims did not have as strong an impact on craft beer purchases as the graphics. This may not account, however, for previous craft brewery awareness or reputation.

All hail the consistent brand story
Designing, developing and establishing well-recognized packaging that visually engages with consumers is a critical aspect of the branding journey for craft brewers. And, breweries that see themselves as a brand instead of simply a craft brewing company will have a much higher likelihood to adapt thinking and practices that evolve their brand into a striking brand that’s presented consistently to customers.

Our sole focus at Mth Degree is building and marketing brands that instill brand loyalty and increase company value.
One craft brewing brand we evolved saw a 2,870% ROI, and it’s still climbing. Learn more about the craft brewing brands we’ve evolved here. We help good craft breweries effectively compete against the big boys.
So, if you’re interesting in serving more of your beer to more of the right people, and growing in all the right ways, let’s talk.