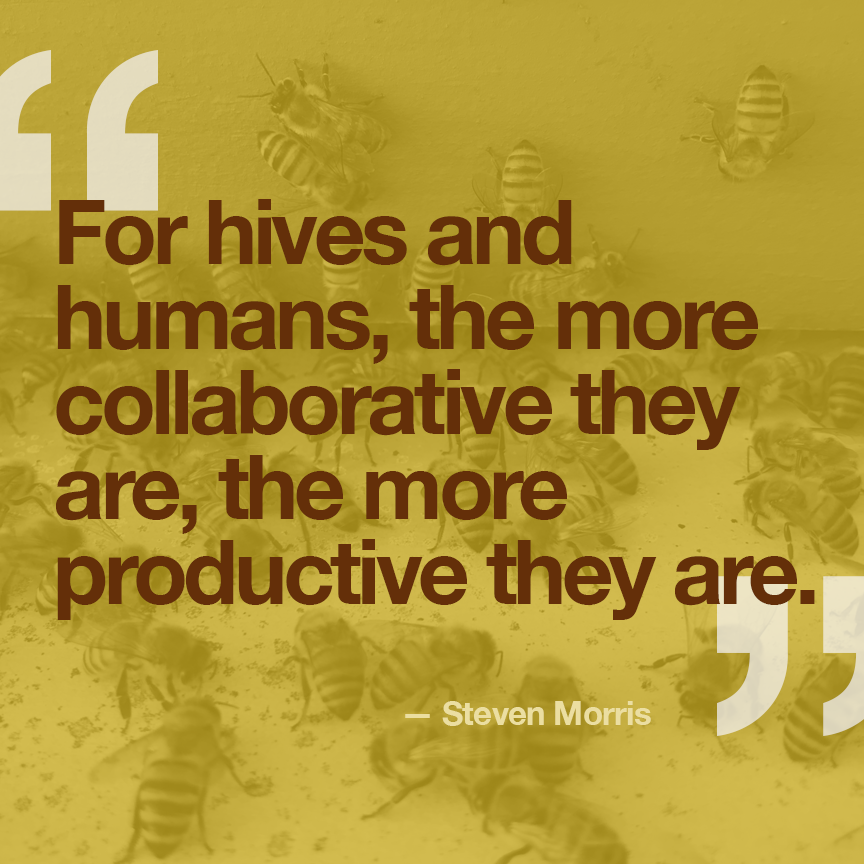 Bees and Your Business.

I’m a novice apiarists—AKA a beekeeper. For the past couple of years, I’ve been tending hives, and I’m slowly learning about this practice and tradition that goes back to Egyptian times, and beyond.
I got into beekeeping because I wanted to help the plight of the honey bee, for both pollination and declining population (due to pesticide use) reasons. But, what I’ve learned goes well beyond merely how to care for these amazing creatures, and these learnings can be applied to benefit to your culture and your brand.
Learning from the culture of bees:

I work with brands, leaders, teams, and bees to ensure they are healthy and productive, and doing good for the world.