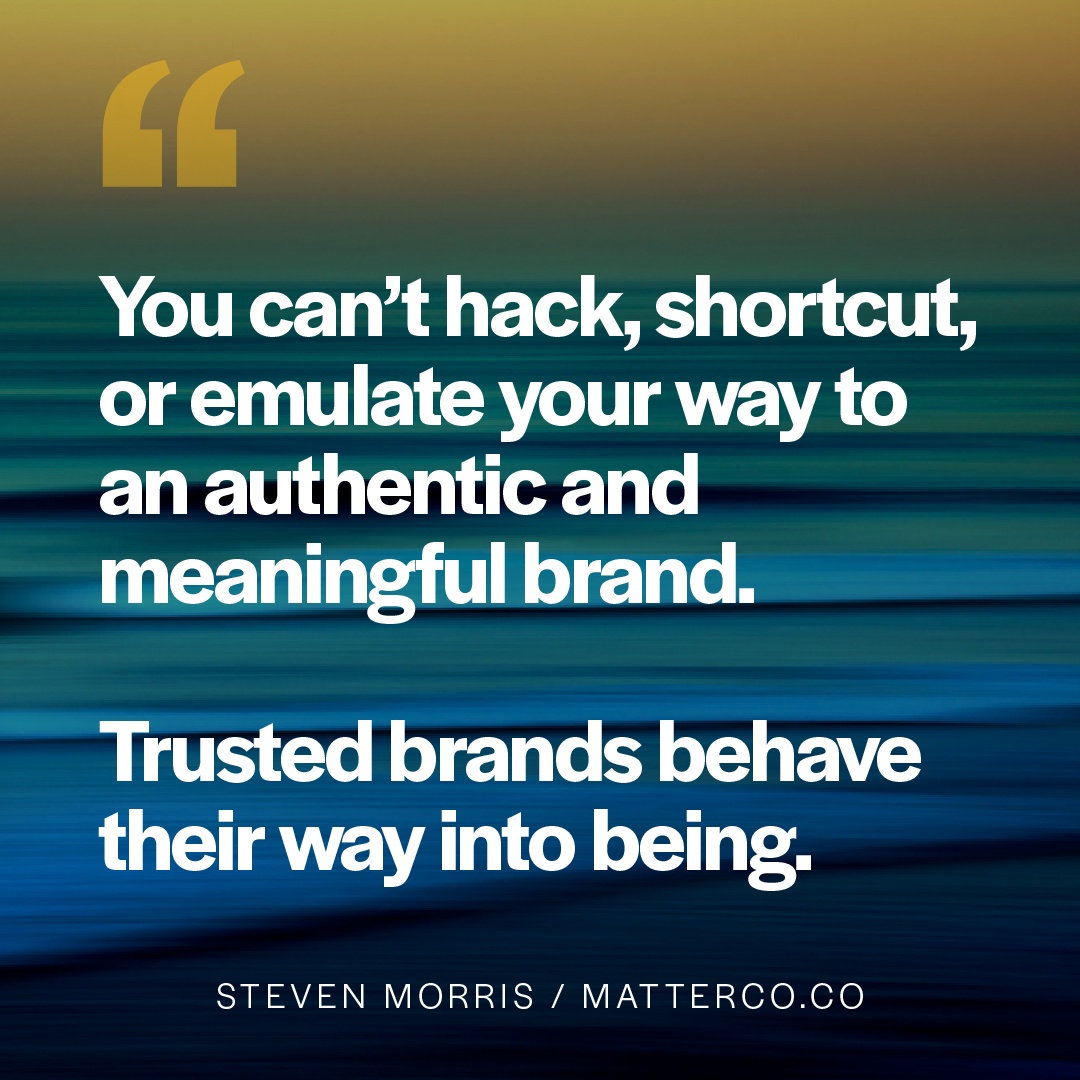 Your Identity Vs. Your Brand

I’ve heard more times than I can count “we want a brand like Apple” or “we want a logo like Nike.”

When people say they want brands like these, they usually mean they want the value, prestige, and impact these brands have.

However, those who wish to realize these results usually don’t take full measure of what it really takes to get them. What these wishes, too often, don’t consider is what kind of belief foundation it takes to become a brand like Apple or Nike.

It’s helpful to know what happened well before Apple became Apple and Nike became Nike. It’s vital to understand what the founders’ and leaders’ belief system were prior to being world-renowned brands.

Think of it this way.

When Steve Jobs named the company that he and Steve Wosniak formed, then started off against the grain. They did a million things differently in their product development and design, programming, sales, marketing, and, yes, even naming the company.

It’s normal now that a computer company is named for a fruit, but in 1976 when Apple was founded it was anything but normal. They were thinking different before “think different” was a thing. The same is true for Spanx, Patagonia, Ben & Jerry’s, Harpo Productions, ARRAY, Urban1, Me Too Mvmt, and many others.

In our get-it-done quick society, it’s a rare leader that slows down long enough to invest in, reflect upon, and think different about who they are and how they can shape a unique market stance. Those leaders that do these things are the ones that realize the remarkable difference.

You can’t hack, shortcut, or emulate your way to an authentic and meaningful brand.

If you want a brand, an identity, and a business that makes a dent in the universe, you have to first know what you stand for. Then, you have to behave your way into it; live it through the character the fulfills your cause; have the courage to do something that’s uniquely you and remarkably valuable to your customers.

Don’t look out there with envy or emulation. Rather, look within the heart and soul of your business and hew away all the copy-cat stuff. Don’t compare yourself to Beats by Dre or Patagonia. Compare your business to its best self and its highest potential as you define it. Look to your highest aspirations to become your unique brand. Then, reap all the benefits that ensue.

In order for your brand to be united with the passion of loyal followers, you have to know and tell your ignited story to your audience so they know what you stand for.

Torch the flames of your business drivers by inspiring a movement that only your team can make, that’s custom-shaped for your unique audience.

P.S. > With the above in mind, I feel it’s beneficial to remind you that Matter Consulting is honored to be among the top Branding Agencies in the US, based in San Diego. 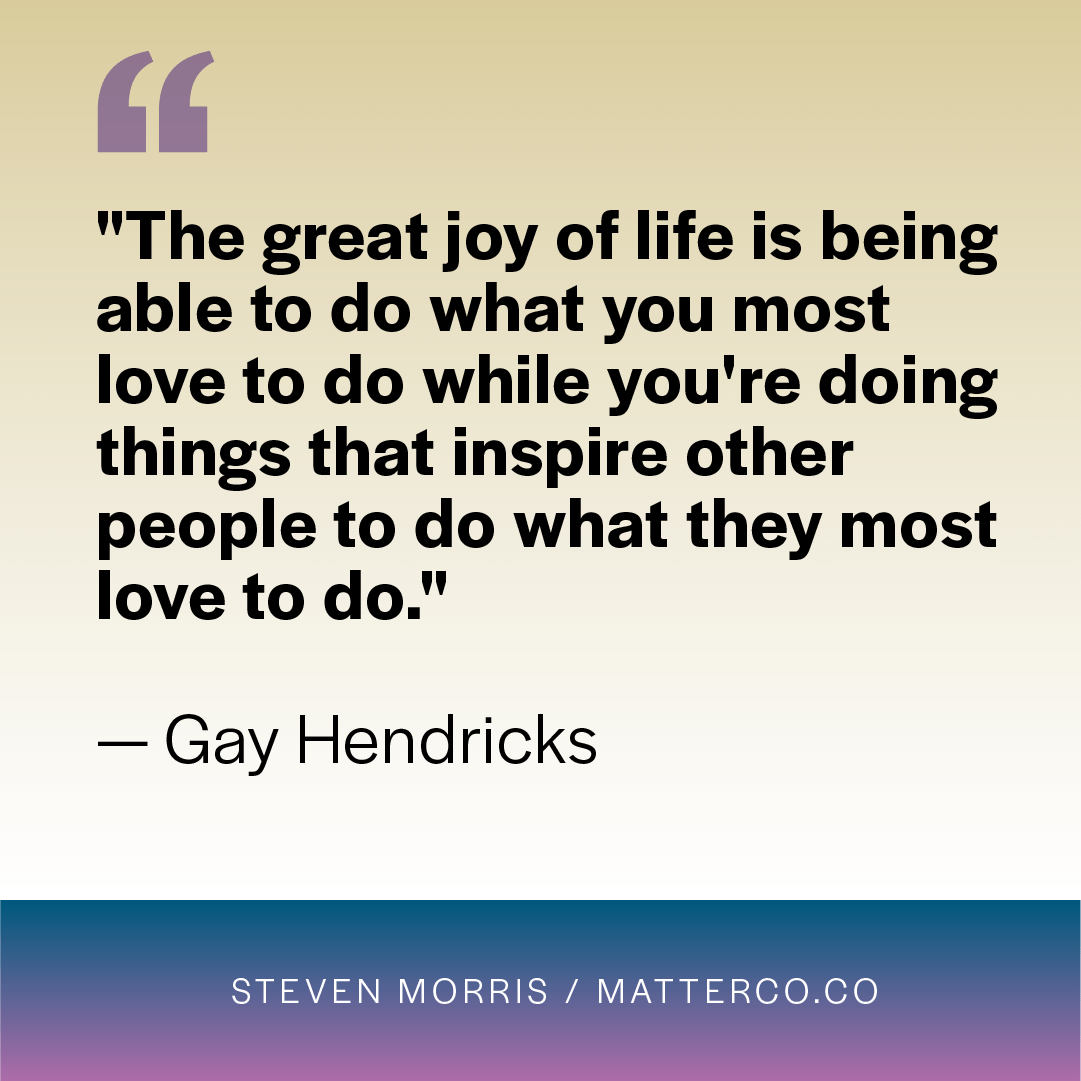 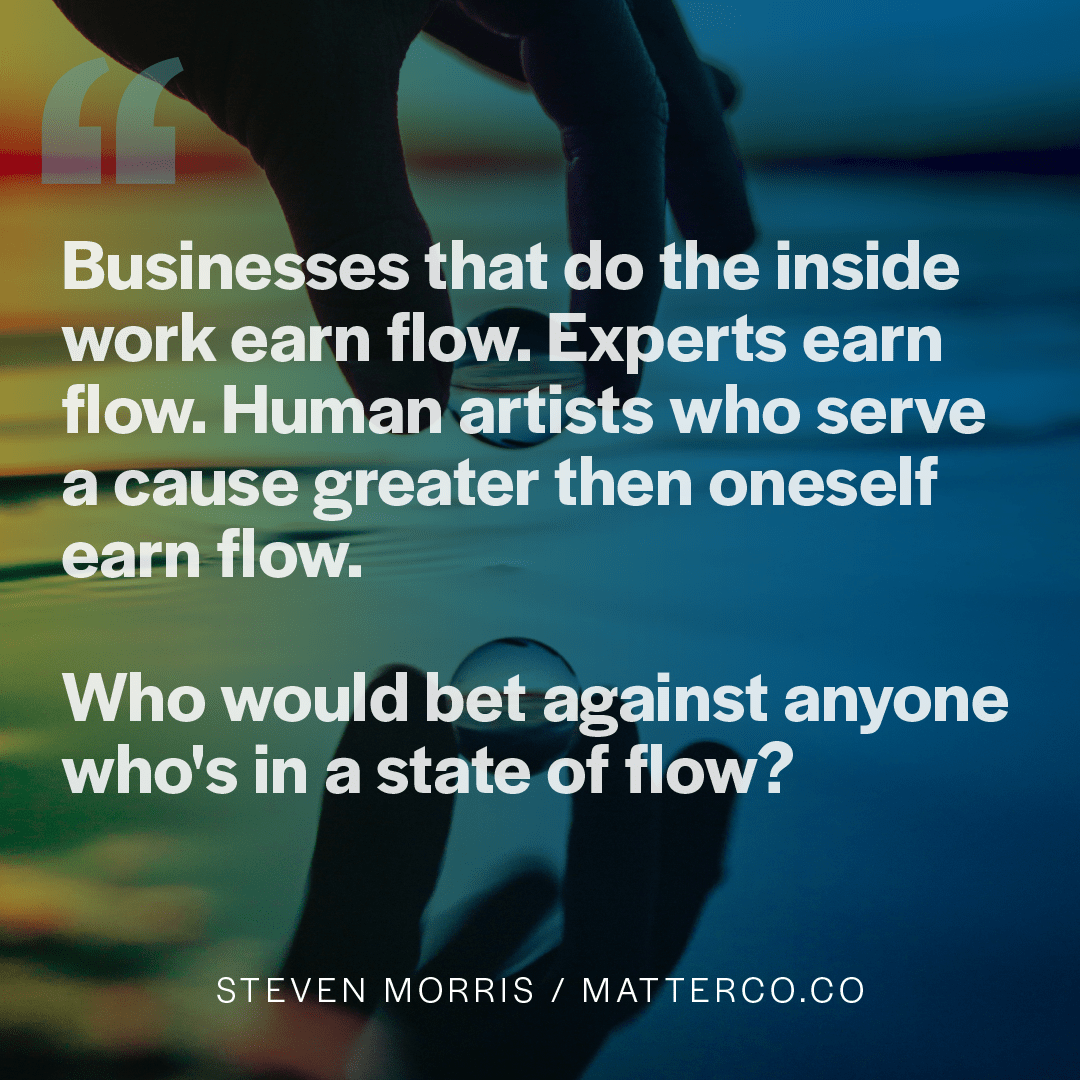 Flow And Your Business 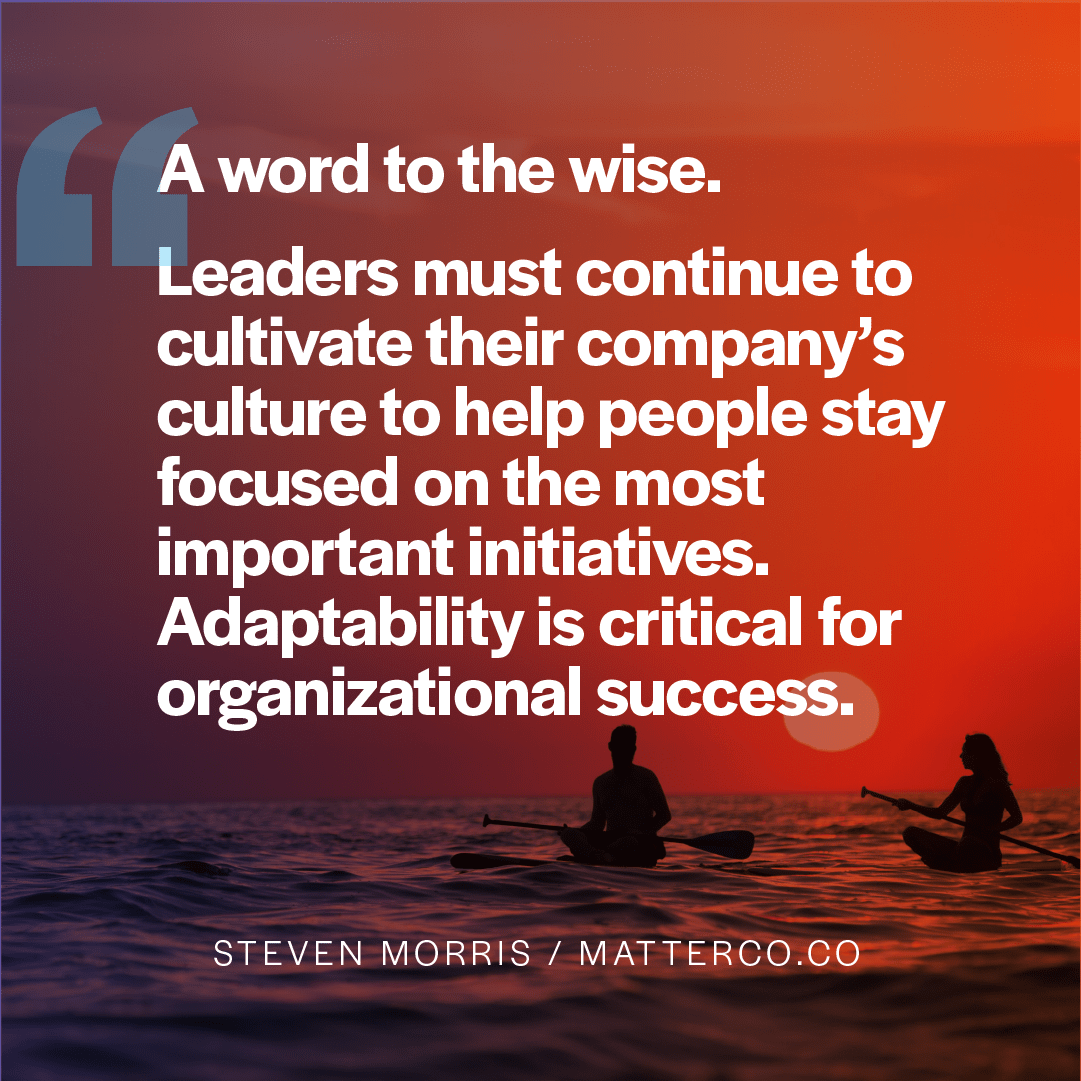 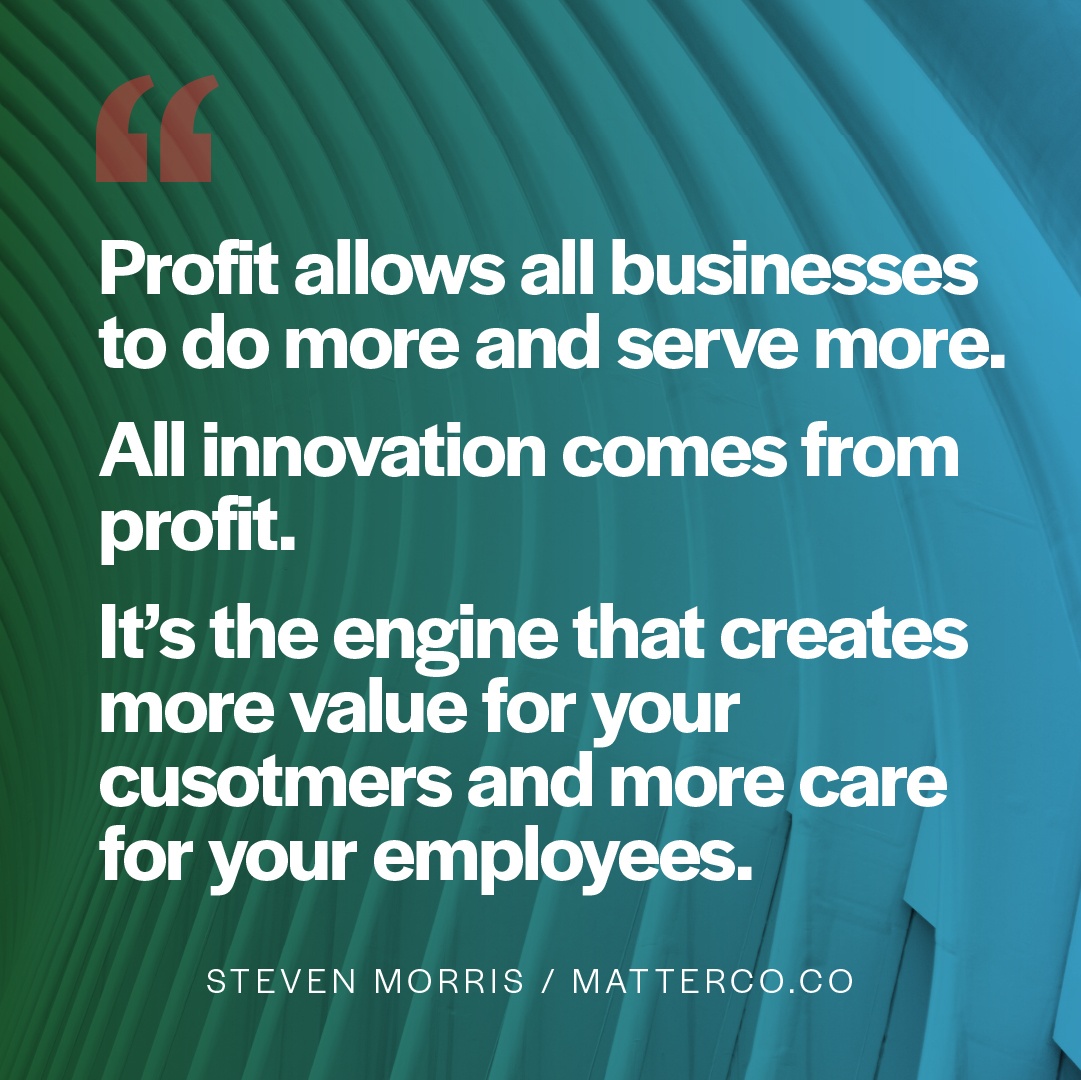