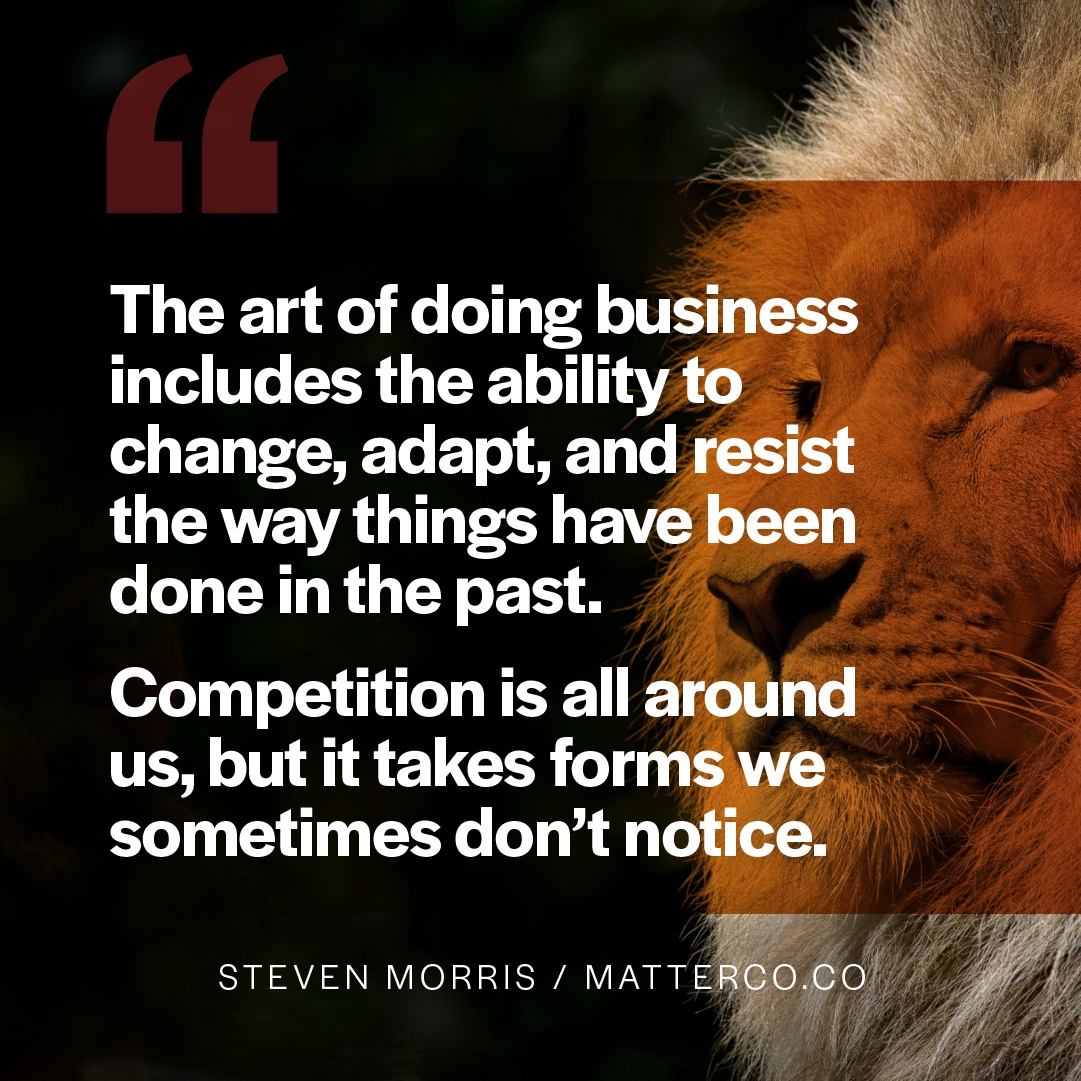 How to Compete (and Win) in Business

I’ve written about virtues of collaboration versus competition in my book The Evolved Brand and previous articles, including the games business leaders, can choose to play. However, there are times when competing is a good and motivating attribute to turn to.

The reality is competition is all around us. It exists in forms other than just beating the competition in our industry.

The now-famous story of how Netflix won out over Blockbuster is filled with insights and lessons. Reid Hastings, Netflix CEO, recounts this story in his recent co-authored book entitled No Rules Rules: Netflix and the Culture of Reinvention.

The birth of Netflix began in 1997 as a DVD by mail service.

At the time, Blockbuster was the undisputed champion in retail video rentals that grew from one location in Dallas in 1985 to nearly nine thousand global stores in the early 2000s. Blockbuster was a $6 billion giant that dominated the entertainment industry when Reid Hastings and Marc Randolph offered to sell Netflix to Blockbuster for $50 million. Blockbuster CEO John Antioco flatly declined.

Reid Hastings recounts a post-meeting image of all sixty thousand Blockbuster employees erupting in laughter at the audacity of the proposed acquisition.

Step by step, Netflix made changes to their business, and two years after the fateful meeting with Blockbuster, Netflix went public in 2002. Blockbuster was a hundred times larger than Netflix and was owned by the most valuable media company in the world, Viacom.

In 2007 (the same year as the Apple iPhone launch), Netflix ended their mail-out DVD service and shifted to all-streaming. This was an audacious and highly criticized move at the time.

In 2010 Blockbuster declared bankruptcy, and only one store remained in Bend, Oregon. Blockbuster had been unable to adapt from DVD rentals to streaming.

Reid Hastings recounts, “It was not obvious at the time, even to me, but we had one thing that Blockbuster did not: a culture that valued people over process, emphasized innovation over efficiency, and had very few controls. Our culture, which focused on achieving top performance with talent density and leading employees with context, not control, has allowed us to continually grow and change as the world, and our members’ needs, have likewise morphed around us.”

I’m unsure if Mr. Hastings would put it this way, but it wasn’t Blockbuster they were competing against. Rather, Netflix was competing against the establishment, the inelastic, the nonmalleable, the inability to change.

Blockbuster didn’t realize it, but they were competing against the same things.

The art of doing business includes the ability to change, adapt, and resist the way things have been done in the past. Competition is all around us, but it takes forms we sometimes don’t notice.

You don’t have to like competition to know that it exists. Your way of playing the game of business and gaining your fair share isn’t going to be yours unless you give the public a reason to choose you. You have to earn it, day in and day out; one customer, one employee at a time.

Here are some ways to see and think differently about competition.

When playing the game of business, you get to choose and re-choose the rules you play. Nothing less than the future success of your business is at stake.

Related Articles on evolution, competition, and playing the game of business: